In 2002 Dan Jones bought himself a Pocket Surfer 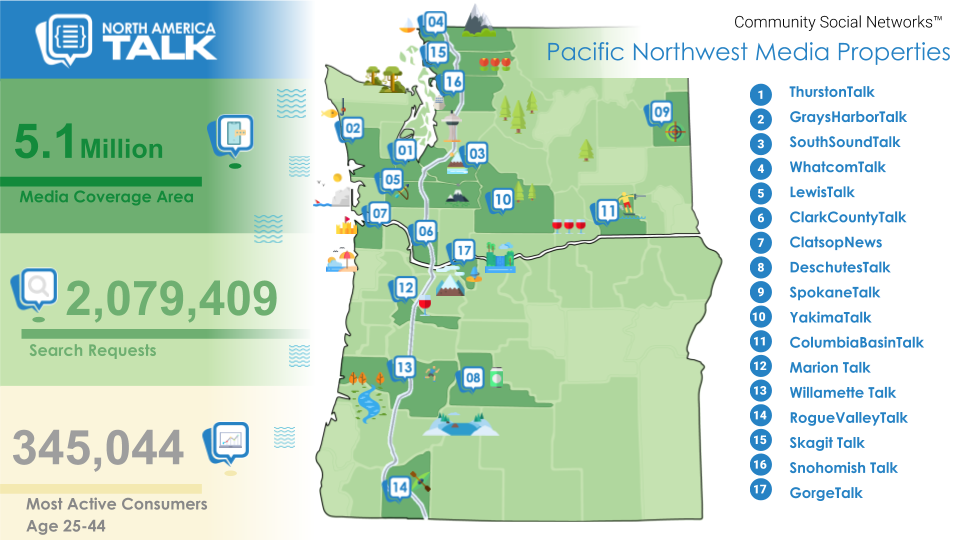 By: Ashley Wiesner,  M.S. Journalism from the University of Oregon

In 2002 Dan Jones bought himself a Pocket Surfer, a device that allowed the user to have a web experience in the palm of their hand—it was essentially an archaic tablet. An archaic tablet that Jones never once used but planted the idea that paper was out and screen where in.

Stuck with the idea that paper was on the way out, Jones took to his job in the tech space. At the time, he was tracking local internet traffic for a company in Washington. Much of the job was mundane information that was only of use to the company but one piece of data caught his attention. Jones noticed that local newspaper websites were not getting local readers.

He was perplexed. If screens were the future then why weren’t people reading the news online? Jones came to the conclusion that newspapers were not designed for the internet, they weren’t creating content that performs on the internet and community focused coverage was lacking. It was this conclusion that inspired Jones to create ThurstonTalk in 2011.

“I wanted to create a brand to aggregate eyeballs to local content on mobile devices,” Jones said.

ThurstonTalk was a web only news outlet covering Thurston County. The website quickly gained traction in the area and piqued the interest of other communities in Washington. Jones expanded ThurstonTalk into a larger media company called North America Talk that has over 105 local news website domains across the United States and specializes in marketing across the country. 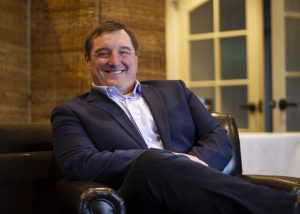 Despite not having an experience as a writer or journalist, Jones figured his background in technology and project management would help him build a brand and his interest in his community would help him create relevant content. This unconventional background forced Jones to think out of the box and he decided ThurstonTalk and other North America Talk website would not be news outlets, they would be community social network sites.

The social networking mindset allowed Jones to create a platform and news site that the community could engage with. Community is an integral part of the brand Jones said. Local businesses fund the company through paid partnerships, advertisements, and marketing. The site also crowd sources content ideas from community members to ensure the articles and coverage reflect the desires of the community

Jones refers to his sites as “an acquaintance to the community.” The local websites highlight and explore the community through storytelling in a way traditional news organizations often don’t, by fostering connections and creating community pride.

North America Talk is a corporation that is funded entirely by business partners in local communities. By relying on business partners for funding Jones was able to make ThurstonTalk and other local news sites accessible to everyone by not asking for donations or implementing a pay wall. This was a strategic business decision to ensure the site was “open to all” Jones said.

The tone of ThurstonTalk lends itself to “open to all” attitude. Jones said the tone is less of a news authority and more of “a really good neighbor who is informed.” The website frequently features local events, profiles communities and serves up need to know news when necessary. 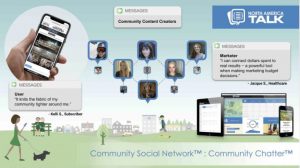 “We have the ability to assist in maintaining sustainable community journalism,” Jones said.

Jones said though this may seem like a conflict of interest, everything is transparent and they won’t sacrifice journalistic integrity just to make money. There are guidelines on what they can and cannot write about businesses and it’s important even sponsored articles tell a story. Jones recalled a time he turned down a $10,000 deal because he would not call the business “best in town,” only for them to come back a few months later on North America Talk’s terms.

The reason businesses like the example above come back and one-time clients become lifetime clients is because businesses see results. Jones said North America Talk websites mastered SEO early on and the demographics have buying power. Readers are 70% female and around the age of 35, with children who are active in the community.

ThurstonTalk and NorthAmericaTalk were both created to fill a void in the market but recently the goal has become bigger than that. Jones said since entering the journalism world he realized journalism was pulling away from communities but he always thought communities were central to good journalism. Moving forward he said he hopes to maintain the intention and integrity of journalism in the communities his company serves.

“For us, we want to maintain the integrity of journalism,” Jones said.

• 72% of our readers access our content via a mobile device
• 70.1% of Talk subscribers are female
• We enjoy a wide range of readers with the majority being 25-44 years old.

• 72% of our readers access our content via a mobile device
• 70.1% of Talk subscribers are female
• We enjoy a wide range of readers with the majority being 25-44 years old.