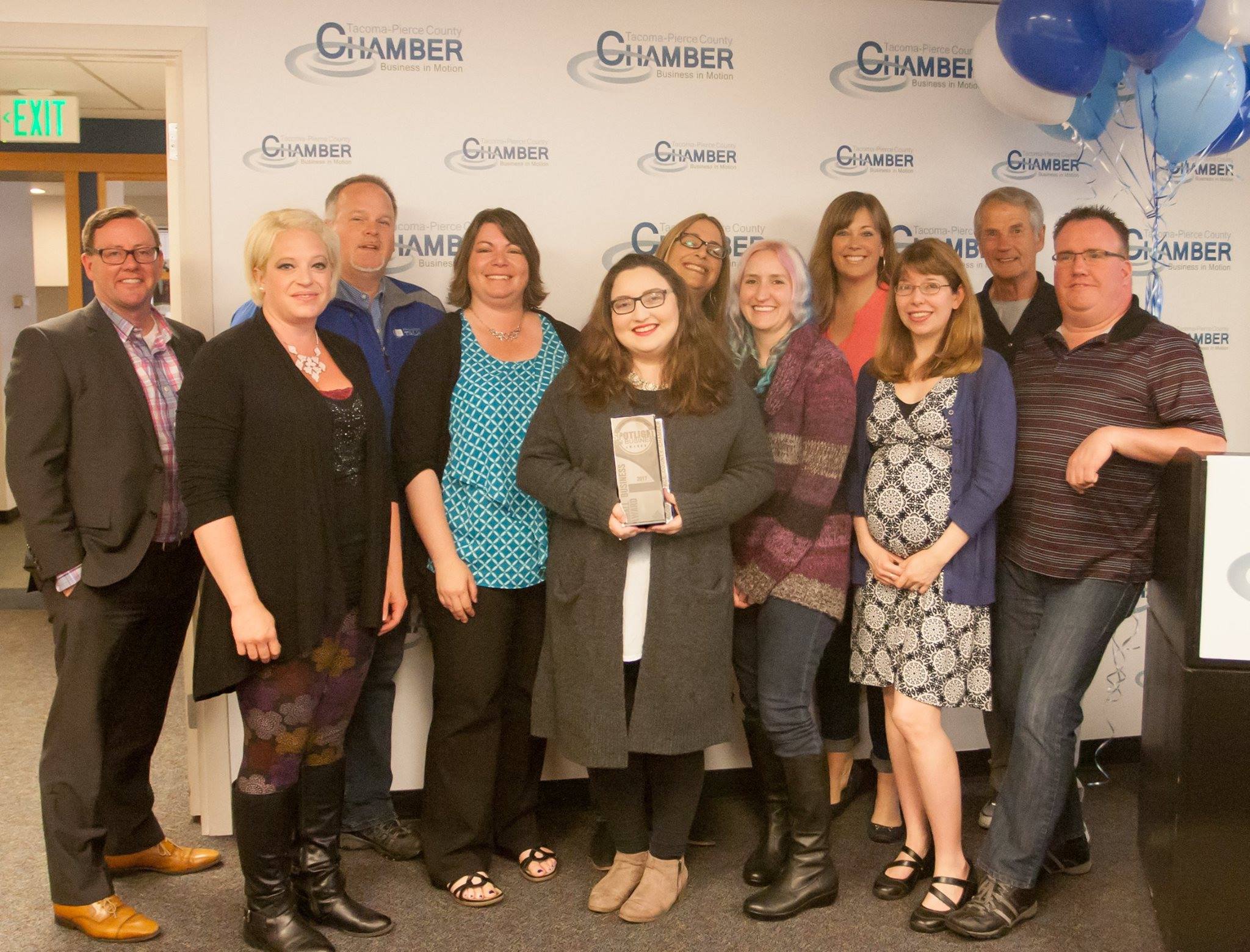 In the first six months of the year, NorthAmericaTalk’s community social networks have racked up four awards.

“Being recognized by our peers in the business community is a great honor,” said Dan Jones, CEO. “We are consistently appreciative of groups that recognize the positive impact of our businesses in the community.”

The following awards were received by the NorthAmericaTalk team: 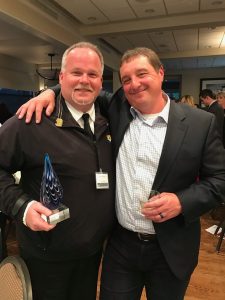 Martin McElliott (left) and Dan Jones (right) celebrate the Small Business of the Year award at the annual Thurston Economic Development Council ceremony in May 2017.

Additionally, in May, Jones was also nominated for a Tourism Visionary award by the Olympia-Lacey-Tumwater Visitor & Convention Bureau.

Earlier this month, NorthAmericaTalk also announced an expansion into the Vancouver, Washington market. ClarkCountyTalk will become the sixth community social network in the NorthAmericaTalk family. “We are excited about coming to this market to share how we can help businesses reach their target market, grow their brand and measure results,” said Martin McElliott, VP of Sales.

“NorthAmericaTalk is positioning to be one of the largest digital media companies in Western Washington.  We are focused on the I-5 corridor, spanning from the Canadian border south to the Washington border with Oregon,” said Jones.

“With a mobile-friendly focus on delivering content, we are reaching an engaged population of readers. Our brand reaches over 1 million mobile users on a monthly basis,” said Amy Rowley, Chief Publishing Officer.